Ah, Millennials: the generation that gave us podcasts, creative ways to eat avocado, and the ever-controversial participation award. For the past decade, this group (born between 1981-1997) has been on the receiving end of both praise and harsh criticism not only by former generations, but also by the media. Love them or hate them, Millennials were the last generation to even vaguely remember day-to-day life without the convenience of the internet.

Those born after 1998, however, are now in their early twenties, and are known as “Gen Z.” Unfamiliar with a world that is absent of the iPhone, this more competitive, less idealistic generation is turning the global branding world upside down.

According to The State of Gen Z 2018 Annual Report by The Center for Generation Kinetics:

Gone are the days of blind trust in brands, for instance, when young girls bought the same kind of makeup as their mothers did, generally without hesitation. Gen Z consumers not only do their own research, but they also put that research to the test. Gen Z is more skeptical and driven than previous generations, in part due to growing up during the Recession, when spending was tight for much of the country. Where Millennials typically found value in the invitation to be a part of a brand, Gen Z values reliance and quality in a brand. Today, product reviews and photos from previous customers make it easy to spot faulty products, resulting in greater competition in every existing market. If a faulty product or bad customer experience does occur, public shame is just a few clicks away; so, the stakes are higher than ever for companies to “get it right.”

What are brands to do?

If a company wants to stay ahead of the curve, it must train itself to think like Gen Z. According to Denise Villa, Ph.D, CEO, and Co-Founder of the Center for Generational Kinetics, “Social media is not optional for brands that want to attract Gen Z as customers and advocates. A robust social media presence across key Gen Z platforms is an absolute must for brands.”

It’s not enough for a company to merely have a Facebook page. YouTube and Snapchat are two of the most preferred social media channels for Gen Z, which suggests that brands must now market through video as much as possible. But let’s not stop there. While pop-up advertisements are constantly “skipped” without a second thought, businesses are discovering that the top social media influencers actually hold the star-power that famous athletes or musicians once did. Just as Gen Z trusts their “friends” on social media (many of whom they have never met in person), they now also trust their favorite YouTube stars, many of whom are now being paid by companies to endorse products.

Why is this important?

According to Forbes’ Greg Petro, “In today’s luxury world, brand influencer power is often reversed, with connoisseur teens guiding their parents as to which brands are hot, and which ones are not. Whether or not luxury brand stewards realize it, the influential power of Gen Z spans categories and generations.”

So, where Gen Z may receive typical generational critiques for its less-than-intelligent social media challenges (remember Tide Pods?) and fewer face-to-face interactions, it is proving to be a useful, influential, and powerful generation that will carry us forward to even greater marketing advancements. 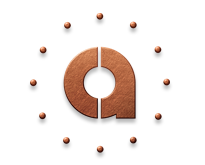